salutations to our beloved Senior Citizens 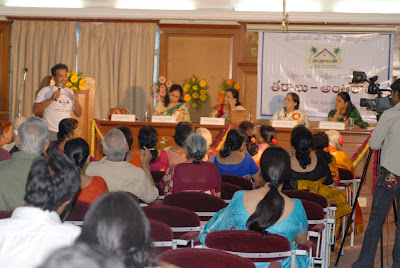 We all know that age is inevitable, as we grew up the same with age also. There is growing number of elder people . Though, they might have struggled all along life for their better future to spend rest of it with happiness and prosperity. But now-a-days many parents are being sent to old age homes, because the children of such parents after reaching their heights don’t even look after them. Just send them to old age home are care centers and they will forget about every thing that their parents have given birth and brought up. Of course this is what actually new generation is following. The pain which they feel is inexpressible. money, health are not only components but the main thing they need is love of children and grand children.
Mr. Sanjay thumma, in meeting Taralu-Antharalu arranged by YSSR Foundation, -has pin pointed the main problems of our senior citizens. In many cases, grandchildren are denied to meet the grandparents for no faults and have no custodial rights to acquire them. The only fault of these senior citizens is being old ,on behalf of CRISP India, he is fighting against this prejudiced corner for to give equal rights to both the grandparents.
.
He opined” The society in India need to accept the challenge on the following two main issues of :
(i) To provide a fair-deal to the senior citizens so that they are able to peacefully, constructively and satisfactorily pass their lives; and
(ii) How to utilize the vast treasure of knowledge and rich life experience of the older people so that they are able to utilize their remaining energies and contribute to the all round development of their nation.
We also know that we are nothing with out our Elders, as they are enlightened with knowledge, hard work and especially with great experience. They are like a living guide for our bright future. (We need to take guidance) 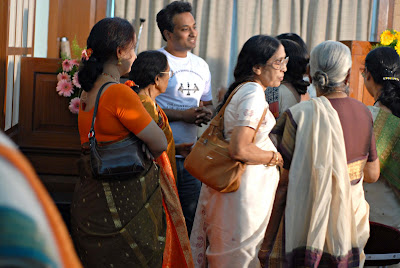 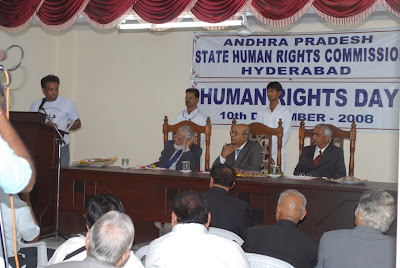 Mr.Sanjay Thumma also known as vahchef in the internet world took to stage at 60th Human Rights Day Celebrations on 10-12-2008 ,while talking to dignitaries, distinguished Guests ,members of electronic and print media and other invitees ,

Sanjay Thumma emphasized how many of us waste a valuable portion of our life in bickering and complaining ,instead how we can use the same time doing good to the community we live in .

The Government of Andhra Pradesh provided a meager amount of 97 lakhs as budget for A.P. State Human Rights Commission Hyderabad. For want of adequate funds, the commission could not take up any training program during 2007-2008

Sanjay Thumma felt the need of every citizen to create awareness among common people about the Rights of every human being ,women, child , man, mother ,father, sister and specially senior citizens . Soon after coming from USA Sanjay felt the need to start a NGO to cater to the need of victims of some biased laws and to educate people on Right To Information. .

The commission has also dealt with several sensitive issues such as marital disputes, child marriages, environmental concerns, ragging in educational institutions, malpractices in corporate colleges/ schools, religious practices entrenched in rank superstitions, long delays in getting the terminal benefits, long pending in Freedom fighters pensions cases, police excesses, even the crimes during the land disputes etc. come to the commission daily. The citizens have tremendous faith in the commission for two important reasons;